As the Panama-California Exposition approached reality, it was thought that a big promotion was needed to attract people into town. Racing was very popular at the time and Point Loma seemed like the perfect place lay out a 5.9 mile course on existing city streets. It was to be a 300 mile race (51 laps). For security, 250 Marines from Camp Howard were detailed to keep the course clear. Al Bahr Shriners sponsored the event and provided members to patrol and sell tickets.

The layout of the course placed the start in front of the grandstands on Rosecrans St. at Elliot St. heading north.The first turn was at Lytton St. it then followed Lytton onto Chatsworth and up the hill to the crest of Point Loma, onto Catalina Blvd. with an angled left turn. A straight run out the Point to Talbot St. and then onto Canon St., down the hill to the Roseville turn onto Rosecrans for a 2 mile straightaway to complete a lap.

With drivers such as, Eddie Rickenbacker and Barney Oldfield, nineteen cars were entered, all but one made it to the start with names such as, Dusesenberg, Sunbeam, Peugeot, Stutz, Marmon, Mercer, Maxwell, Alco, National, and a Shields' Special. The race was to start at 11:00 AM with two cars at a time leaving at 30 second intervals. Because of the timed start, there was no particular advantage to pole position. The race was actually based on elapsed time. This was confusing to spectators, as the first car around the course was not necessarily the one in the lead.

This was a grueling race, with incidents like cars skidding into telephone poles, curbs, railroad crossing signs, suffering broken pinion shafts, burned connecting rod bearings, and broken fuel lines. However, over 50,000 spectators ultimately saw 6 cars running at the end. Point Loma had the first officially sanctioned race course in the Southwest. Drivers could reach more than 100 miles per hour, trying to beat Barney Oldfields 1907 world record, as the first diver to reach and maintain a speed of 65 miles per hour. Although the track only lasted one year, it placed Point Loma and Southern California on the map for the fastest race cars in the sport. For the record, Earl Cooper in the Stutz won the race averaging over 65 miles per hour. 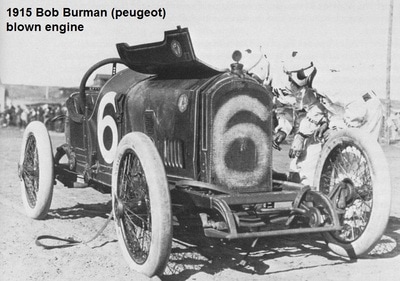 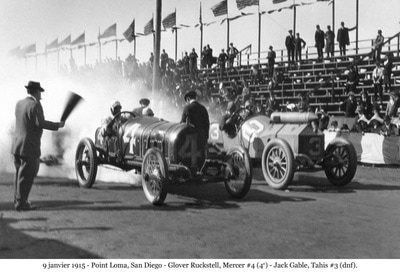 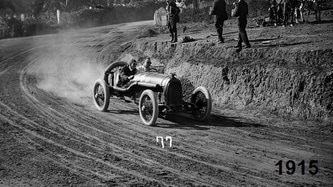 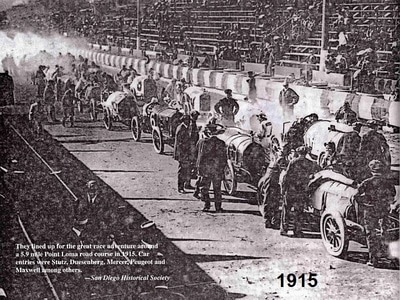 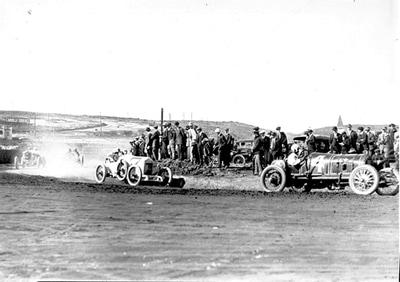 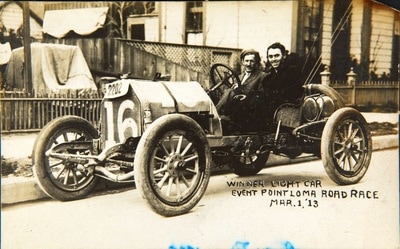 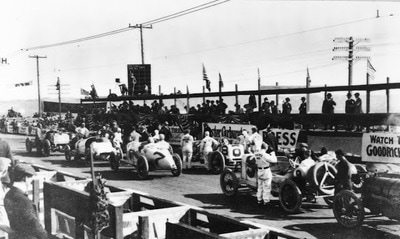 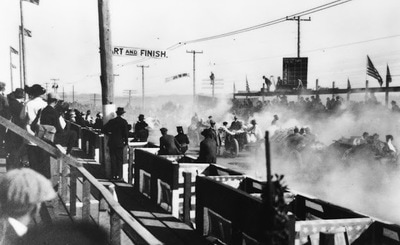 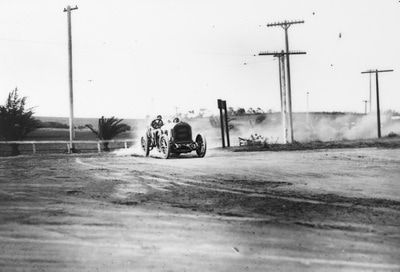 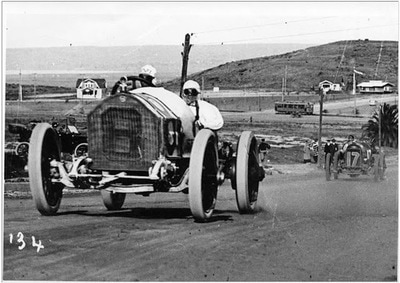 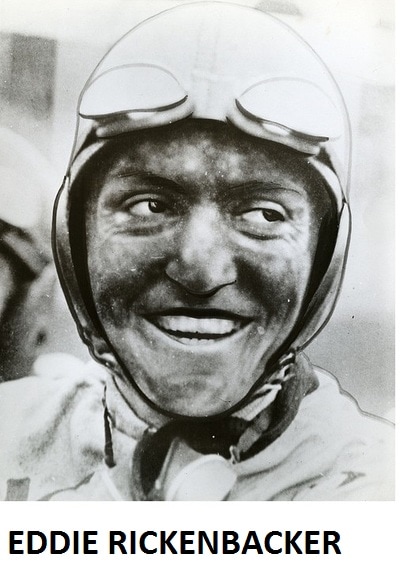