AT THE GATE: Bayliss Levrett battles Howdy Cox at California’s Silvergate Speedway in 1935. (Radbruch Collection Courtesy Bob Lawrence Photo)
In 1933, a group led by sportsman Lee Conti had Joe Neil build a five-eighths-mile dirt oval on marsh land near the mouth of the San Diego River and Silvergate Speedway. Just six months earlier, Neil had briefly operated his own track less than three miles to the south.
Featuring a large grandstand elevated for better viewing, the track was inaugurated May 7, 1933, with a AAA Pacific Coast championship race. Rising star Rex Mays won the feature over Chet Gardner and Al Gordon. A good crowd was on hand and the future looked bright. Its backers hoped Silvergate would become the third jewel of California tracks, joining Los Angeles’s Legion Ascot Speedway and Oakland Speedway as mainstays on the AAA Pacific Coast circuit, but it wasn’t to be.
Five more AAA programs were run in 1933, but only one more open to top-flight class A cars, apparently due to sanctioning fees. The Class B cars put on a good show, with future stars Ted Horn and George Connor among the victors, but interest waned. Legend has a disgruntled Neil having a work crew disassemble and remove the wooden crash wall while races were underway. This seems to be more folklore than truth, but Neil did literally take his fence with him, opening his own track several miles to the east.
Unsanctioned racing took place on a regular basis at Silvergate in 1934, often running head to head with Neil’s track, which only served to split an already weak car and driver pool, not to mention dividing spectators.
Among Silvergate regulars was African-American driver Rajo Jack, who won a 200-lap stock-car race on Sept. 23, as well as local drivers Earl Mansell, Bayliss Levrett and a San Diego youngster then racing as Jackie Dinsmore — later to be known as “Duke” in his six Indy 500 starts.
Levrett dominated the action, scoring five-straight feature wins at one point. Racing continued on a regular basis in 1935 with Dinsmore winning the second annual stock-car race, this time 175 laps. When baseball’s Pacific Coast League Hollywood Stars franchise relocated to San Diego for 1936, the newly renamed Padres captivated the city and other sports took a back seat.
The track sputtered on, passing through various operators and managers, including Charlie Curryer and San Diego driver George Weber, who had raced at Silvergate. Eventually, two years after shuttering his own track, Neil regained control, but the track faded into history with the last race in late 1936 or early 1937.
In 1963, the Sea World Aquarium and amusement park was built on the site. Silvergate Speedway didn’t last long, but in its time, drivers like Mays and Horn competed on its surface and local residents Dinsmore, Levrett and Al Putnam began racing careers that led them to the Indianapolis 500
Many of these Photo taken by Bruce R. Craig 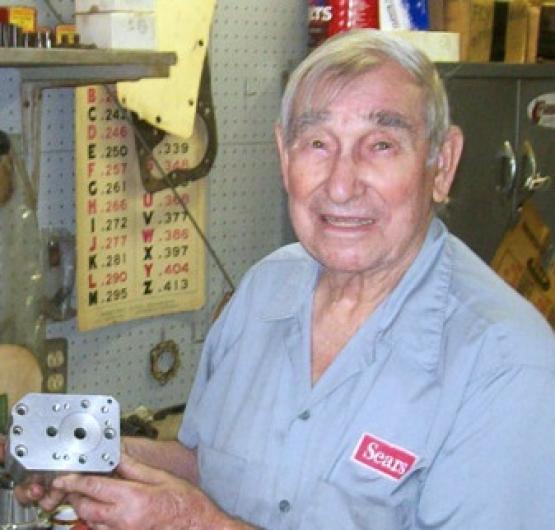 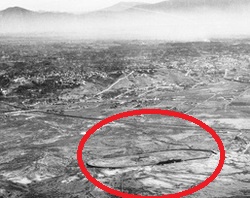 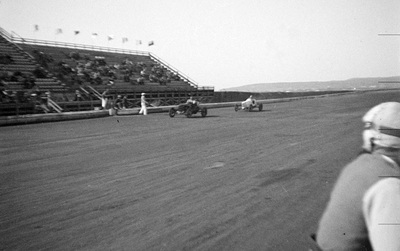 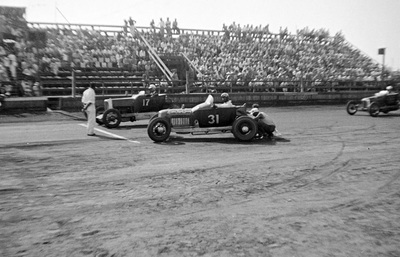 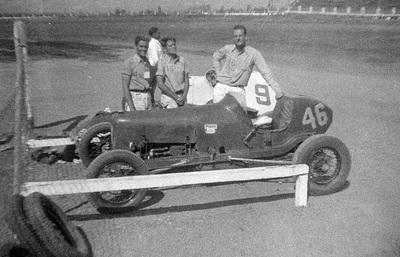 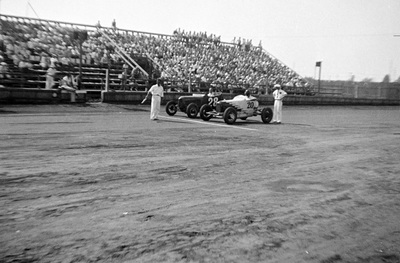 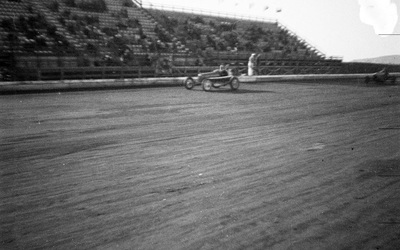 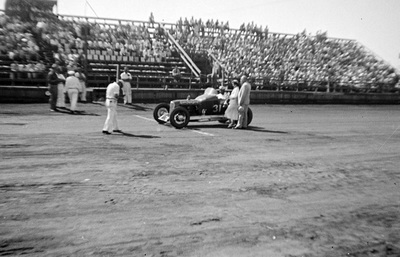 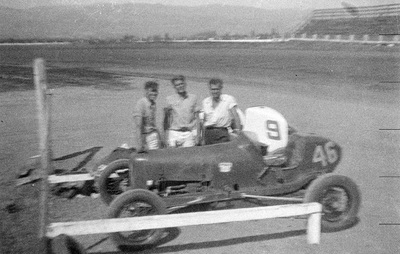 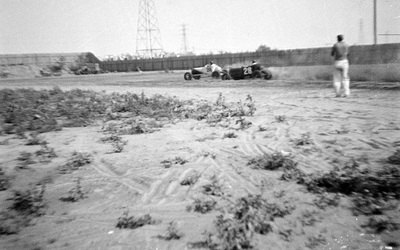 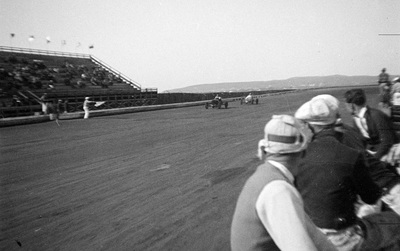 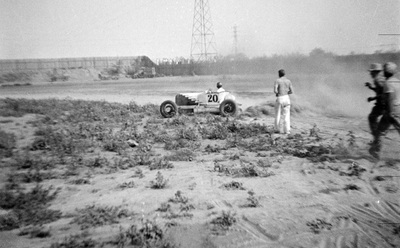 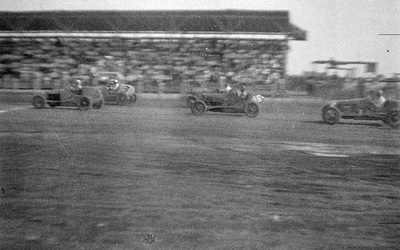 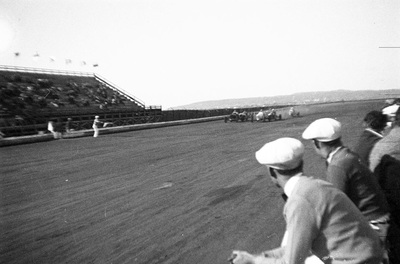 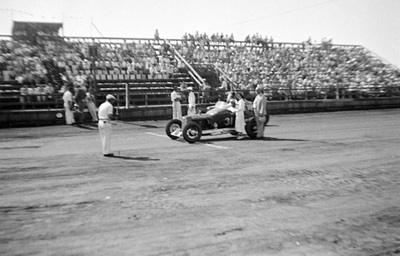 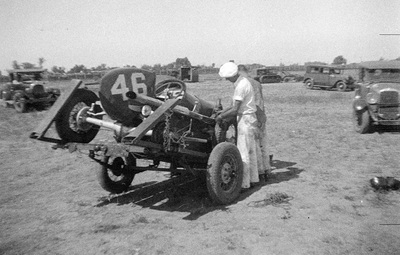 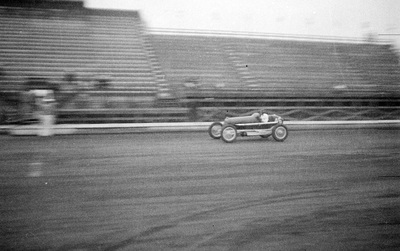 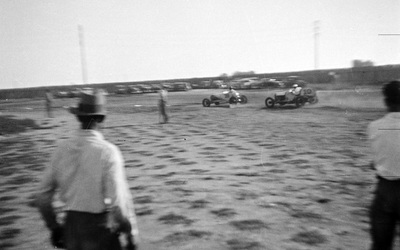 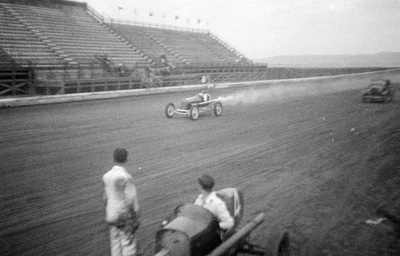 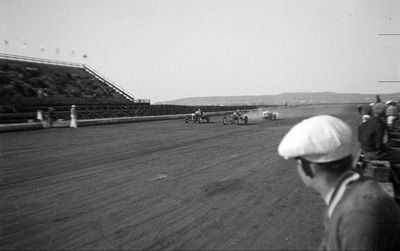 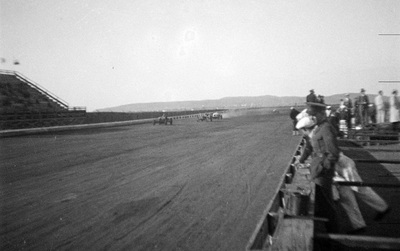 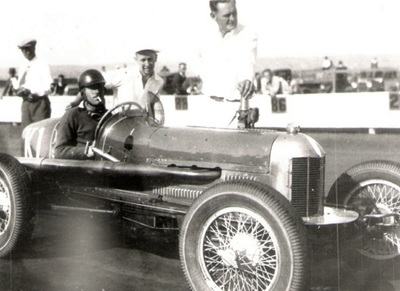 Dewey Gatson one of ,if not the first Black Race Car Drivers
Race using the name RAJO JACK