SAN JUAN CAPISTRANO
Images provided by & text by Don Emde
​San Juan Capistrano back in the 1920s. These images are from the 1923 event that drew 40,000 spectators. National Hillclimb Champion Orrie Steele came out from the east to compete and won the 61-inch Expert class. Noel McIntyre, who in 1948 would tune the Indian Big Base Scout that my dad rode to victory on at Daytona, won the 61-inch Novice event. 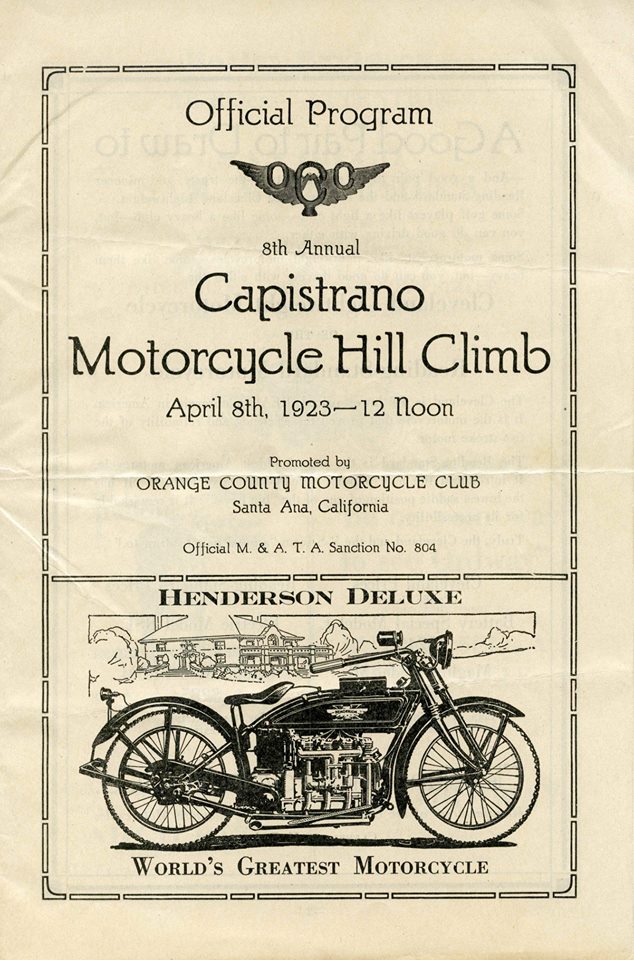 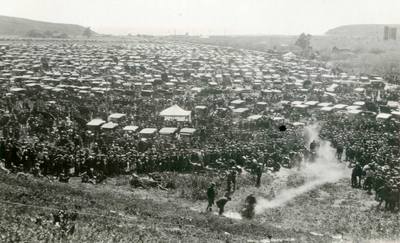 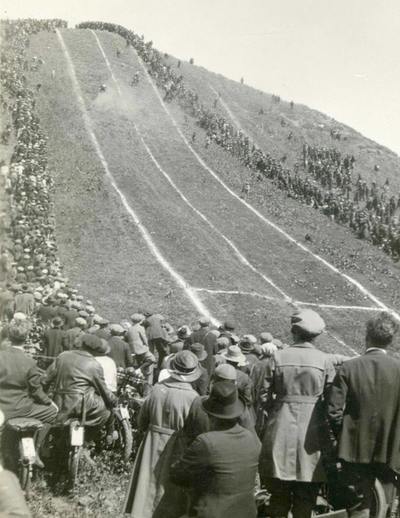 Floyd Emde’s Exciting AMA Hill Climb Photos In Sequence
Motorcycle Hall of Famer Floyd Emde of San Diego, CA started his riding career in the thirties and later turned pro and raced on the tough American Motorcycle Association (AMA) circuit in the early 1940s. Returning to the action right after the war, he won the 1946 Pacific Coast TT Championship.
Never having ridden in a hill climb event before, he entered the Class “A” Climb held early in 1948 held at Oceanside, CA. Emde was aboard this Indian Scout hill climber that belonged to Noel McIntyre, his race mechanic. In spite of having to learn to deal with the idle or wide-open-only type of racing throttle for the first time Floyd did quite well.
During the pass shown here the husband and wife team of photographers Richard and Phyllis Milne were fortunate to catch all the action. They captured the sensational sequence of five photos seen here. The third photo (below) made the cover of the AMA March 1948 Motorcyclist magazine.
He did not get hurt at all in this spectacular run and made quite a few more that day. Only two weeks later he won the prestigious 1948 Daytona 200 Race on the 4.1-mile beach course by taking the lead at the start and holding on to it until the finish while winning with a 12-second lead. The photos are courtesy of his son Don Emde, who also went on to became a hall of famer and won the Daytona 200 in 1972. 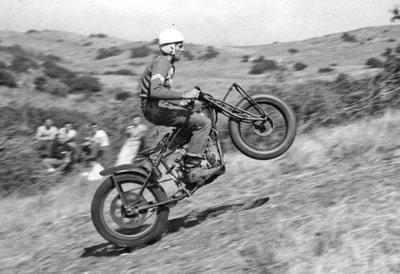 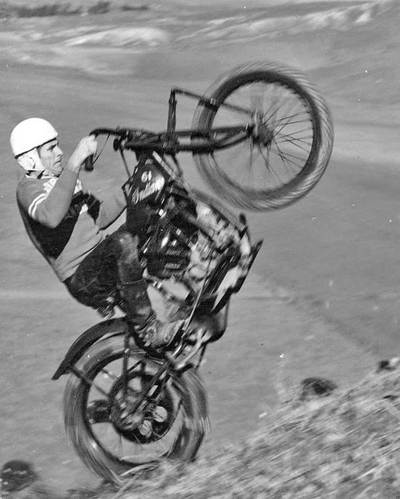 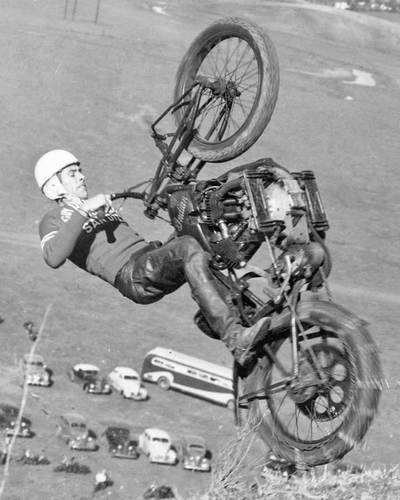 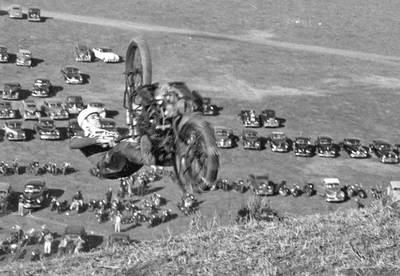 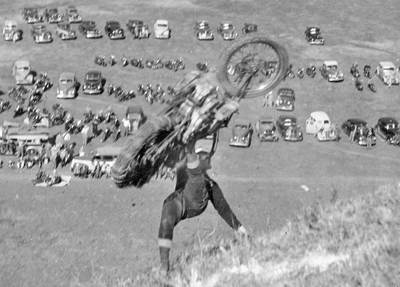 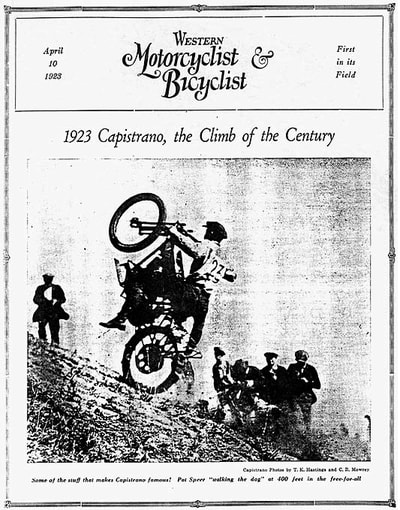 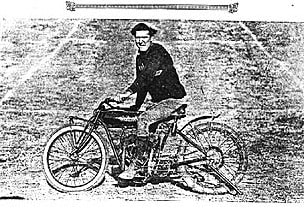 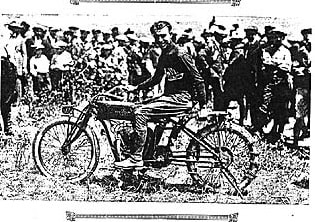 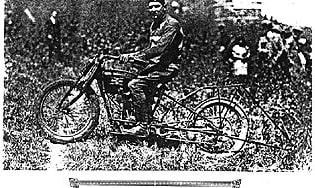